The roads of Subic Freeport, Olongapo City, Philippines blazed when the second West Coast 200km Road Ultra Marathon was held from the 1st to the 3rd of November, 2014. A total of 18 runners joined and successfully finished the race. The race started at 1 o’clock in the morning at Remi Field Oval Track, Subic Freeport, and ended at Barangay Lucap, Pangasinan. 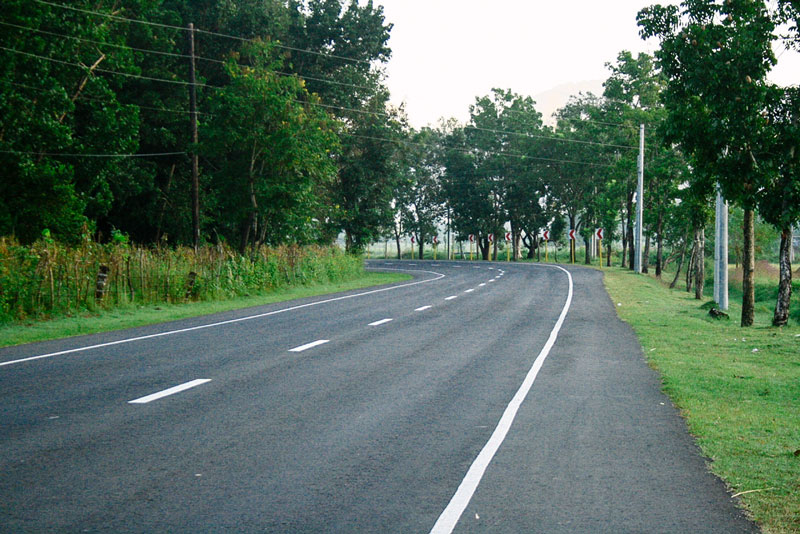 Robert’s supportive and beautiful wife, Mae preparing smoothies made from ingredients sourced from the SuperFoodGrocer Philippines for the run.

Robert’s wife, Mae did a splendid job in preparing Robert’s diet to keep his energy levels high during the race.

Every 2km to 5km of the run, we usually stop to provide Robert with ongoing sustenance.

During the race, the beautiful weather, as well as the beautiful views along the road really help to relax the intensity of the event.

“Running is all about having the desire to train and persevere until every fiber in your legs, mind, and heart is turned to steel.”

How did you feel you performed in this race?

(Robert:) As with all races of this length and time duration, each runner tends to have high periods and low periods. What made this race particularly challenging for me, besides the usual extremes of distance, heat (up to 38 degrees Celsius), stresses on the body (particularly feet, ankles and knees), traffic, stray dogs and drunkards, was the fact that I was not able to sleep immediately prior to the event’s commencement.

As the event had a 1am start it was difficult to get sleep prior, as this is during my normal waking hours. So starting an event like this without sleep and having been awake for about 18 hours already is something I had to deal with more so when I reached the second night. Without sleep and having been awake continuously for almost 2 days, meant that around 10pm on the second night I reached my lowest point and I was seriously considering abandoning the race. I was exhausted, sleepy and I had quite an amount of pain in my feet and ankles. It took a fair bit of coaxing from my ever-supportive wife, Mae in order to get me back on my feet and moving again.

I continued on for a few more hours and then I decided to get a couple of hours sleep to rejuvenate and provide motivation for the remaining distance and the upcoming day’s heat. I felt I had performed well (by my standards) in the first half of the race, despite my lack of sleep, and I completed the first 100km within good time and during the daylight hours of the first day. I was running in about third place which I was also quite happy about, however, the heat of the day had a slowing effect on my pace. Despite these conditions, I was still able to make reasonable distance and time to the 100km mark.

After my two hours of rest I headed off again but most of the remainder of the race was completed at more of a walking pace as the majority of it was done under the extreme heat of the second day. Heat has a massive effect on the speed at which you can run and extreme heat such as that experienced during the daytime of this event elevated my heart rate to such a degree that my body basically forced me into a walking pace to prevent heat stroke. Also, it is impossible under these conditions to replace the fluids that are lost from the body, as the sweat rate exceeds the rate at which the body can absorb fluid and hence I was always in a state of perpetual dehydration that I also needed to manage.

So I eventually completed the second 100km of the event much more slowly than the first 100km. That, for me, was a little disappointing, as prior to the event I had targeted a much faster finish time. However, I was happy with the fact that I had cut almost four hours from my finish time of the previous year’s event (2013) and became the only runner to complete the race twice.

What were your preparations before this race?

(Robert:) I don’t tend to stick with a “hard and fast” training schedule, as my other life commitments (family and work) tend to rule that out. I train mostly based on how I feel and within my available time (mostly evenings and weekends). If I feel strong and rested I might go longer and slightly harder in my training routine than if I feel tired and less energetic. Sometimes I’ll take the day off altogether if I think I will compromise my health or eat into my sleep period. By focusing in this way then I believe this approach will hopefully avoid overdoing things (e.g. over training). I’m also able to maintain focus and energy on my other life commitments. It’s all a matter of balance.

My main goal is to target between 10 and 15 hours a week of training (usually a combination of road and trail running, some strength training and mountain biking – mostly for my work commute) with at least one long run of between 20km and 40km depending on the difficulty level of the route and also whether it is on the road or on the trail. I like to get out into the mountains at least twice a month and my favorite training ground is around Baguio City, Philippines. Training in the mountains helps to build leg and core strength, and the thinner oxygen also gives the respiratory system a good workout too. As this region is quite mountainous it is the perfect location for doing just that.

Do you have any tips for anyone who wants to join road races?

(Robert:) As they say, running is an “experiment of one”. What works for one runner may not be appropriate for another. It’s a matter of testing all manner of training techniques and approaches and finding what works best for the individual runner. It also depends on the distance the runner intends to race, the elevation profile of the race route, the current level of health, fitness and the training background of the runner and of course the expected weather conditions during the actual event. All of these factors need to be taken into account when preparing for any race event.

Of course the longer the race event then the longer it will take a runner to train and prepare for such an event. Also more hours will need to be put into training with a particular focus on longer training days which should be used “as much as possible”, to mimic the actual race distance, elevation profile and expected race-day weather conditions. This will give a runner the best possible chance of not just completing and event, but also performing to the best of their individual capability.