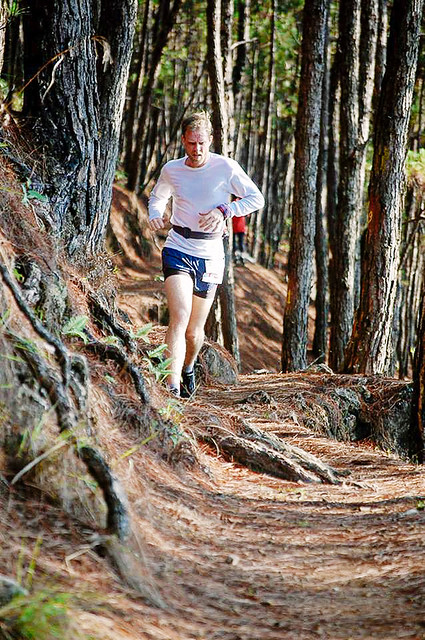 F rom the heart I’ve always been an outdoors person. I grew up in the relatively modest-sized mountains of Far North Queensland, Australia. I spent my childhood in “the bush” as we call it in Australia. I played just about every sport that perked my interest from Tennis, Squash, Hockey, Touch Football, Rugby League, Rugby Union, Australian Rules Football, Athletics, Soccer, etc. I started running competitively at a relatively young age during my primary school years (I would have been around 10 or 11 years old at the time) although it was not what you would call “serious” by today’s competitive standards. When I realised after many schoolyard games that I would not be the fastest person on the planet I decided to try my hand at the longer distance events.

I started with the 800m in primary school which was the longest event available and by the end of high school I graduated to the 5000m and cross country events. I performed relatively well considering I did very little (by today’s standards) in terms of training. I relied primarily on my fitness developed by participating in many other sporting and playground activities. By the time I reached university I started entering longer running events at random but only up to 14km road races (Sydney City to Surf Fun Run) as the longest distance. I also performed quite well in these events considering my limited and sporadic preparation and the fact that I really only competed a couple of times a year at most. In addition to completing a number of 14km road races (Sydney City to Surf Fun Run) I also completed one half marathon road race (Sydney Half Marathon) and one 10km road race before the age of 30. In my early 30’s I completed two full road marathons (Sydney Marathon), the first on a whim (no training) and the second as a better prepared runner.

I have lived primarily in the Philippines since December of 2008 and more recently I have become particularly attached to the outdoor lifestyle outside of Metro Manila. In my late 30’s (2011) and after an extended period of very little (or no) exercise (and also significantly over my ideal weight) I decided to join The North Face 100km Ultra Trail Marathon in Camarines Sur, Philippines. Despite suffering with massive blisters under foot and also the effects of dehydration I made it to the 70km aid station where I promptly collapsed and was ferried by ambulance back to the start / finish line for treatment. Luckily nothing major ensued and I was back on my feet literally within an hour. In 2012 I decided to try my luck in the same race however this time it was held in Baguio / Benguet (unbeknownst to me it was a significantly harder route). This time I had about two month’s preparation but only on the relatively flat roads of Manila. I suffered horribly on the way to the 54km aid station due to my quad muscles being “trashed” by the significant downhills and once again I had to withdraw. In 2013, once again I tried the same race on the same course as 2012. This time I was better prepared (about 4 months of training) but with only road running in Manila as my background training I once again failed to finish by withdrawing at the 70km marshalling point due to energy concerns.

My resolution following my third straight failure in this event was to start to train more seriously and build myself up into a more competitive ultra marathon runner. And thus starting in July 2013 I commenced a more serious training regime. Since this time I have joined many running events in the Philippines and I’m proud to say I’ve met some of the most genuine, caring people, some of whom I now call my closest friends. These people have helped me become a better runner, but more importantly, a better person. I hope you enjoy this website.

No images found!
Try some other hashtag or username